Showing posts from 2017
Show All

Free At Last: AKA Liberation Day 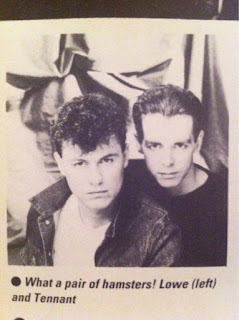 You took quite a chance by coming out, Neil.
Homophobia isn't going away any time soon.
They want to pull you back. Control how you feel.
Don't let them. Don't be afraid to play your own tune.

Though lot of your friends will be relieved.
Life won't be easy. Just hold your head high.
Knowing some idiots will feel quite deceived.
You'll see your new inner peace reach the sky.

I knew a young man I worked with last year,
Was determined that he could turn himself straight.
I know all about the trepidation and fear
But, let me tell you--You'll be consumed by self-hate.

Eventually, living a sham will get the better of you.
You'll be tired and depressed from playing a part.
Believe me, I know very well what all this can do.
Discarding a life of deception's a good start.

Plus Ca Change Plus C'est la Même Chose: The More Things Change The More They Stay the Same

Here's Ryan White, a young boy who contracted AIDS from a blood transfusion, with Elton John. Ryan was a hemophiliac, but a lot of people treated him badly and didn't want him living in their town. His home was vandalised and defaced and Ryan's family was just trying to help him. Ryan's plight was picked up by the media and right after, he became a symbol of those who, for one reason or another, needed donated blood and all donated blood needed to be tested so that what happened to Ryan and his family wouldn't occur again. He is seen here with Elton John, who heard about Ryan's plight and wanted to meet him. They became fast friends.

The Ivory Towers Are Crumbling All Around Me 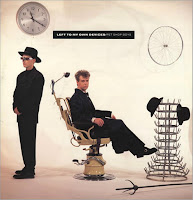 The following story is more of an allegory than anything else. It features Neil and Chris and how their lives are forever changed and there was no way back.  This is fictional of course (as far as I know).

When Neil arrived at the university campus, he was taken aback at how ugly it was. "I've seen better campuses on prison grounds", Neil thought, bitterly.  He realised that he and his parents should have checked it out right after he was accepted, but that was moot now.

Was it a huge mistake for him to leave his home in the UK, cross the pond, where everything was familiar? Neil was feeling uneasy, living in America had seemed to be a great journey, a way to shake off the shackles that had  kept him living a very sheltered life.

They didn't understand that he was emotionally traumatised--hell, neither did he back then.  One by one, former casual friends grew angry and impatient, thinking he was just looking for attention. To make a long story short, resident living wa…
Post a comment
Read more

Watch Them All Fall Down 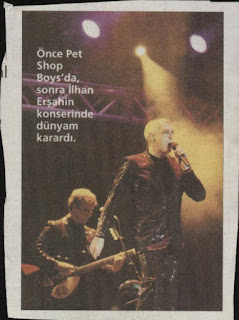 Neil remembers how it all began, before everything took a harrowing leap into an alternate universe and scooped up as many humans as the strangers could collect. Now, a scant four days later, Neils's and Chris's comfortable lives were about to explode in their faces and there was nothing that they could do to stop it. The strangers had arrived and it didn't appear as though they were leaving anytime soon.

"What is going on here? Are we in some Twilight Zone-like weirdness?"

"I have no idea, Neil. I got up, took a bath, got dressed and then BOOM! I was standing beside something that didn't look or sound like nothing before and I just freaked."

"Yes, I heard you," quipped Neil. "I'm sure everyone within hearing distance did as well."

"Okay, that's enough idle chitchat. Is there any light switch so we would be able to see something?"

"There will be no lights and no windows." Neil and Chris turned abruptly aro…
Post a comment
Read more
More posts